"A warm and sweet welcome into the luscious world of Laddooh!"

Bringing expertly crafted sweet creations and delicious desserts, hand- rolled using fine quality ingredients, Laddooh is a growing favourite. From an enthusiast to a celebrity culinary artist - the journey of Chef Sugandha Saxena has been awe-inspiring. 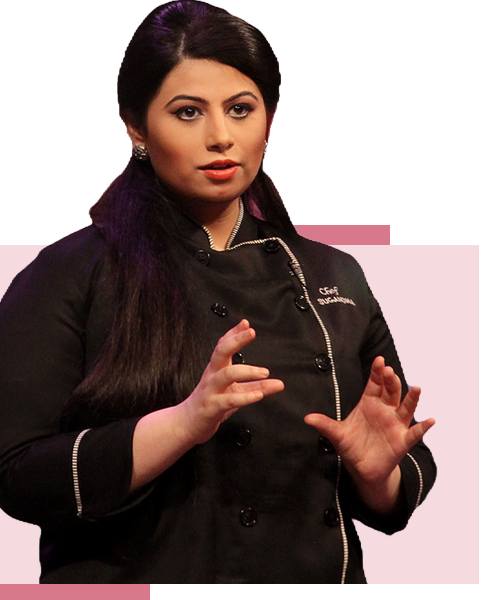 Sugandha Saxena, a globally known chef, an entrepreneur, is also the gleaming face of progressive modern Indian desserts and tradition- inspired Kayastha cuisine. Hailing from a quintessential Kayastha family, the chef’s familiarity with the flavours, culture, and cuisine has been a given. Her eagerness for food sparked at an early age. Growing up, she enjoyed watching and assisting her grandmother and mother cook. With time, the fondness for food and cuisines spiked.

Her journey to being a seasoned culinary expert kicked off after completing a noteworthy post-graduation degree in International Hospitality from the ivy-league EHL Hospitality Business School in Switzerland.

The vision to recreate authentic heritage recipes and add a refined twist and a modern nuance to the dishes was always strong. Filling in the shoes of an entrepreneur, too, was always in the picture. This motivated the spirited chef to lay the cornerstone of her brands, ‘Okhli’ and ‘Laddooh.’

India is better-known as a melting pot of cultures, traditions, flavours, influences, and history. A festival, a religious ceremony, a close-knit affair, or a gathering—desserts have always been the heart of celebrations. "Laddooh" redefines the flavours of heritage Indian sweets, or "Mithaai", and brings a melange of western influences and traditionalhandcrafted desserts into the limelight.

Desserts served at Laddooh are best described as bite-sized deliciousness. Her recipes are out of the ordinary and made with the best ingredients available, earning Laddooh a thriving place in the gourmet world. Besides, Laddooh offers scrumptious and bespoke desserts hand-rolled using healthier and organic alternatives that are gluten-free and sugar-free.

Experimental and traditional, desserts curated at Laddooh have been loved by eminent B-town personalities and dignitaries like Raja Manvendra Singh Gohil. Her journey as a seasoned culinary artist and chef has won various accolades and features in popular magazines and newspapers, including Aspire, a luxury lifestyle magazine in London. Chef Sugandha was graciously featured as a guest judge on a popular culinary show aired in Bangladesh. As a culinary expert, she has also partnered with premium 5-star luxury and boutique hotels in metropolitan cities like Kolkata, Delhi, Mumbai, and Bangalore to host pop-ups.

Her list of overseas ventures includes conducting successful pop-ups in Dubai, Bangladesh, and Germany. Besides, the chef was courteously welcomed to conduct a workshop for the Intercontinental airline crew and corporates in Germany.

Laddooh is the place where Indian authenticity meets cultural sweet cravings. Devour the delightful laddoos and other delicious desserts that are chef-made. 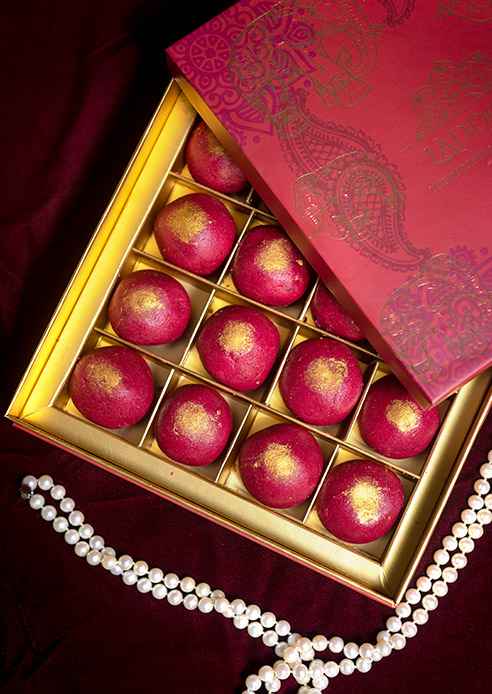